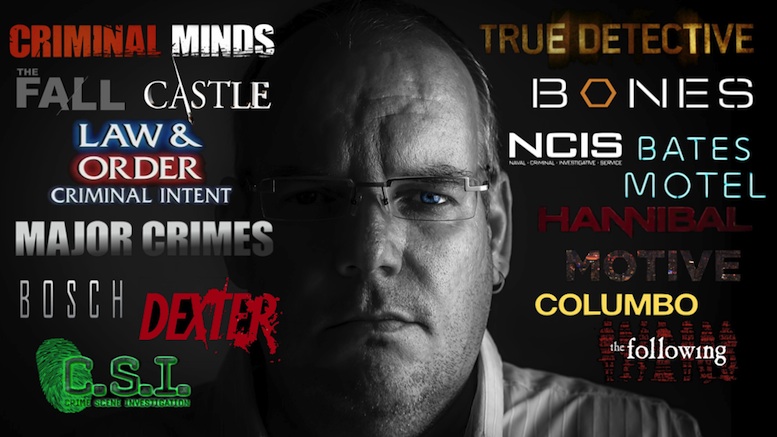 Despite never watching television as a child in the strict Quaker household he grew up, Leo (not his real name) went on to become one of the country’s most successful serial killers. In fact he only started watching television in college during the 1990s when a friend, who is since deceased, put him on to a new show called Law & Order.

“Jack McCoy was my favorite.”

He still tried to limit his viewing as he had been told all his life that it rotted your brain, but that all changed when Law & Order started using real life cases as the inspiration for their plot-lines.

“There was something so neat about committing an unusual murder and then seeing Chris Noth try to solve it on Law & Order a few months later.”

He quickly became hooked on the show and, in time, its many spinoffs.

“I actually became a bit of a homebody, and this was also the time I met someone special.”

He became such a couch potato that he completely gave up his homicidal hobby – that is, until his girlfriend turned him on to a show called C.S.I.

“I was all – hold on – this is like nothing I’ve seen or done before. I have got to try that.”

Soon he was back in the saddle again, taking his cues from multiple network TV shows. He was killing as much as before, except, whereas previously he would prey on a broad cross-section of society, he now focused almost exclusively on sexy young women. But he was nearly put off the whole exercise when a new show called Criminal Minds started to air.

“Each week I would sit and wonder what sick twisted sadistic murder they were going to teach me how to execute this time. Whoever the writers are, they might want to think about getting some help.”

But despite his misgivings, he sucked it up and did his best to carry out the sordid schemes emanating from the screen.

“I felt I owed it to the actors who did such a great job. It took a while but eventually I started to enjoy it as much as straight-up killing.”

Since then things have only gotten busier, especially with the advent of high definition sets and a new golden age of quality television programming being ushered in by shows like the Sopranos.

“The detail is incredible, and the writing is top notch too. If you think they’re taking shortcuts when it comes to researching accurate blood-spurt patterns when you take a drill to some unlucky co-ed’s head – I can assure you they are not.”

Soon the sheer volume of psychotic primetime drama threatened to overwhelm Leo, as there simply weren’t enough hours in the day to carry out all the gruesome scenarios being depicted on Network TV, Cable, Hulu, HBO, Showtime and Netflix. He didn’t want to let people down, but he couldn’t see how he could keep up with all the new content. Then he got the idea to starting recruiting up and coming violent offenders in order to induct them into the ways of the modern serial killer.

“Thank you Kevin Bacon and ‘The Following’ for showing me the way forward.”

He notes that sadly ‘The Following’ was recently cancelled, but wants to assure everyone involved in its production that their legacy will live on in all the horrific killings he and his army of young sociopaths plan to commit in the future.