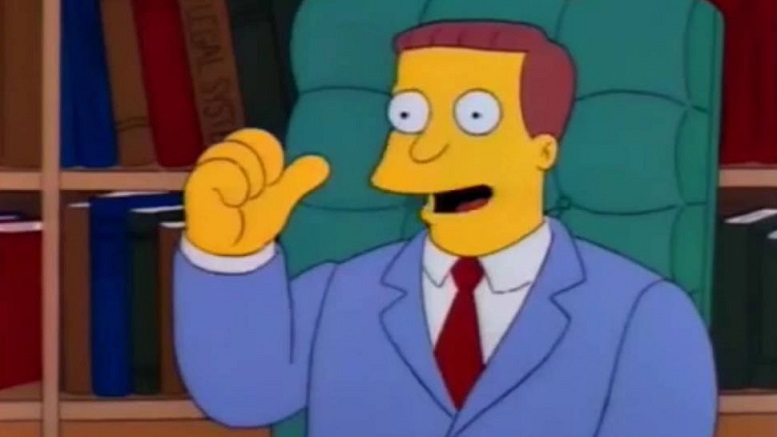 With his second impeachment trial in the Senate looming, the President has seen an exodus from his legal team forcing him to retain new counsel, which is proving far more difficult that anticipated according to inside sources.

“Turns out when you don’t pay or reimburse people they get wary, even lawyers.”

Things got even worse today when Trump failed to convince Lionel Hutz, Esq. to take him on as a client, someone the President was sure would be willing.

“The guy literally runs after ambulances, but defending a known insurrectionist was a step too far even for him.”

Trump took the unusual step of offering Hutz, who normally works on a contingency basis, substantial cash upfront. However that soon backfired according to sources familiar with the incident.

The President has reportedly moved on to his backup plan, which is to take a cue from Hutz by binge-watching Matlock so he can defend himself.

“Watching a lot of TV is something he feels he will excel at.”