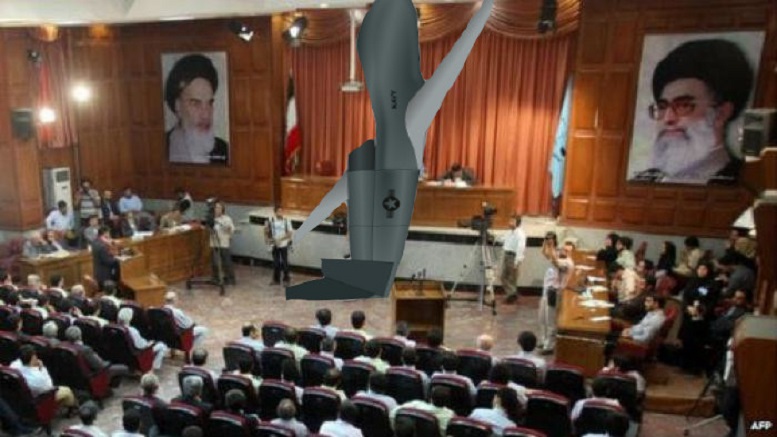 In a move being condemned as designed purely to embarrass the United States, Iranian authorities initiated legal proceedings today against a US Navy drone they captured after shooting it out of the sky. Legal experts doubted this was anything other than a highly orchestrated piece of propaganda.

“There’s no way this drone is getting a fair trial.”

Defense lawyers assigned to the drone attempted to make a case that it was over international waters, but quickly backed down once the prosecution made its case.

The drone itself refused to say anything other than its unit and the type of fuel it uses, which its commanders say is exactly what it is trained to do.

“They had better treat it well or they will be hell to pay.”

But, in a video where it appeared to show deference to its captors, it clearly flashed a message in morse code using one of its LEDs.

“It decodes to LONG LIVE THE USA, which tells us it hasn’t been turned.”

President Trump, however, appeared less sympathetic to the drone, and is reported to have said privately that he prefers drones that aren’t brought down.