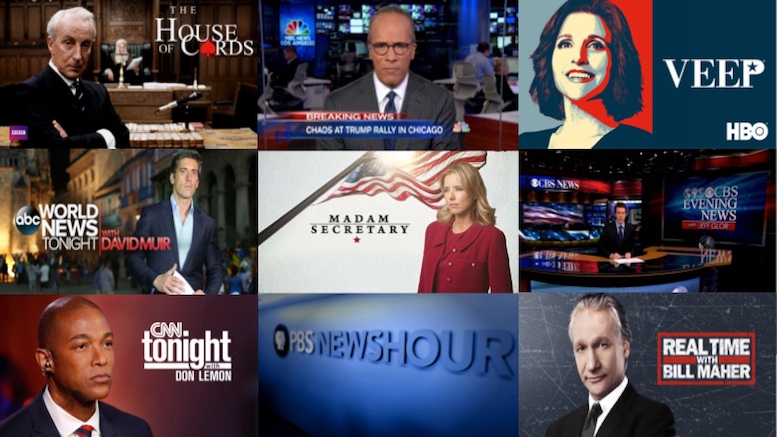 House Of Cards has been cancelled! However you feel about the reasons why, this has created a hole where a beloved over-the-top political drama about an amoral monster used to be. But fear not – there are still plenty of similar shows where you can get your fix!

There’s laughs a plenty to be had on the Emmy-winning ‘Veep’, and even more laughs, albeit of a sadder kind, on ‘Late Night with Bill Maher’, a mockumentary that focuses on a crazed pig-ignorant dictator who takes over the White House.

On ABC Network you could get into ‘Scandal’, or you could settle down with the channel’s even more outrageous political soap opera ‘World News Tonight With David Muir’. For those who like their political dramas a little more highbrow, try ‘CNN Tonight’ starring Don Lemon or the positively mind-blowing ‘PBS Newshour’ for some really inventive storylines.

On CBS you can find global political intrigue with a hint of domesticity thrown in on ‘Madam Secretary’, but if you prefer to have the corruption and nepotism piled high there’s always the ‘Evening News’ starring Jeff Glor, though this does clash with the action-packed ‘Nightly News’ on NBC featuring Lester Holt.

But did you know that the Kevin Spacey incarnation of House of Cards is not original? It’s based on the 1990s BBC political drama of the same name starring the late Ian Richardson. So if British drama is your thing why not catch that on Netflix, or you could dig into the even loopier contemporary drama ‘Brexit Britain’, playing continuously on BBC News with a cast of 65 million.