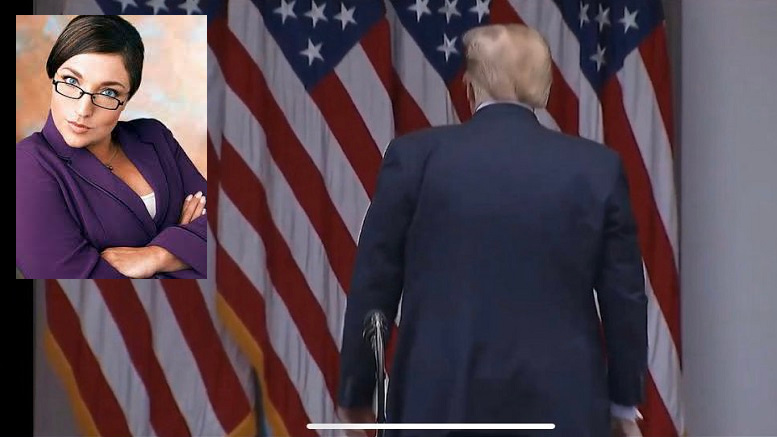 After yet another Presidential press conference failed to go as expected, the White House confirmed today that an expert is being brought in to address the specific problem that has been plaguing them.

“Fortunately Supernanny Jo Frost is a specialist in the problem we’ve been struggling with.”

Speaking about the challenge ahead, Ms. Frost said it would demand all the skills she has acquired over her many years of experience.

“In a way it’s like all those other demon children up until now have been preparation for this moment.”

Despite conceding this is a mammoth task, the hugely popular TV presenter is confident she can make real progress using techniques she has succeeded with in the past. As an example of how she will begin, she revealed one thing that won’t be allowed going forward is Trump leaving the podium without finishing all his questions first.

“And if he doesn’t he’ll be put in ‘naugty spot’ where he will be made to think about what a bad boy he’s being until he answers them.”