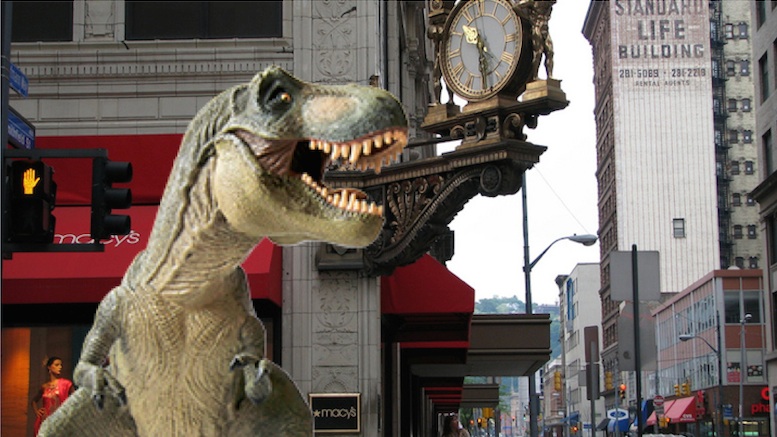 [13 July, 2015]  In a sad day for conservationists, the species known as Emporium Pittsburghus – commonly called the Downtown Pittsburgh Department store – has finally gone extinct. Though the last surviving example – a 128-year-old female called Macy – is technically still alive, an official from the Highland Park Zoo said the writing was on the wall.

“In hindsight, the loss of this noble creature is not entirely surprising, given how its numbers have declined in recent years, and it has long been listed as endangered. That is little comfort, however, to the delicate ecosystem that depended on its existence.”

In contrast, its larger cousin from the same genus, Emporium Suburbus, is thriving, though it is not expected to occupy the territory Macy leaves behind, as Emporium Suburbus prefers large open concrete environments.

As to what will fill the void Macy and her predecessors leave behind, little is certain at this time, but Nature will hopefully find a way.