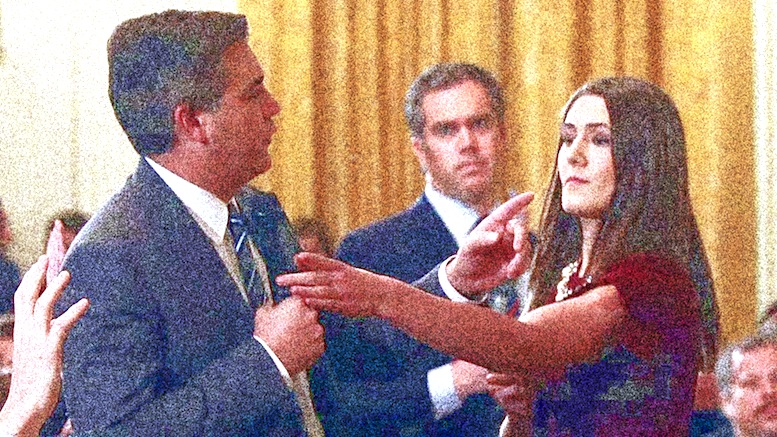 With both sides trading different accounts of an incident during President Trump’s press conference that led to CNN reporter Jim Acosta’s credentials being revoked, people wondered today if the truth will ever be known.

“Clearly there is more to this than meets the eye.”

Supporters of the President are accused of selectively speeding up footage of the incident to make Acosta’s movements appear more aggressive, while Trump’s critic have dissected the footage to reveal what they claim are four separate instances where the young intern touched Acosta in an effort to take the microphone. Now it appears a new theory of what transpired is taking hold.

“There must have been a second intern.”

Proponents claim that frame-by-frame analysis of the tape demonstrates conclusively that one lone intern could not possible account for the complex motions on display, particularly those where Acosta moves back and to the right.

“It is our firm belief that another intern was waiting on the carpeted step.”