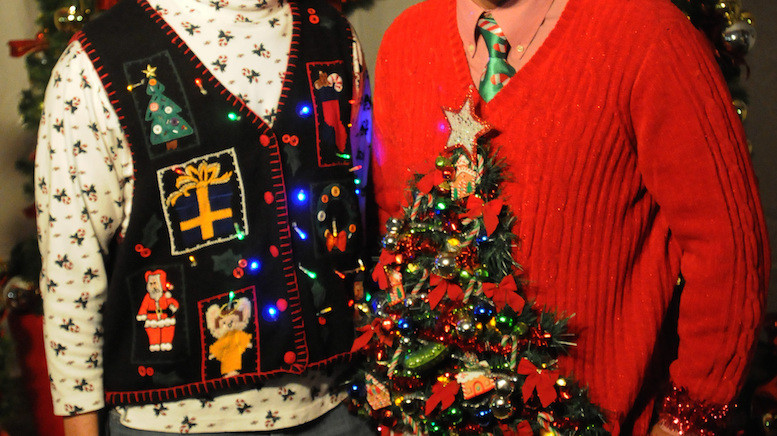 Atheists must accept that evolution produced this.

For people like Mark Huffman, Christmas is a time of year no different than any other. This is because Mark is a resolute atheist who believes Jesus and religion should have no place in his life whatsoever. Co-workers can attest to his devotion, which moves him to disdain the hegemony of organized religion during the period between January and November.

He attends the seasonal sparkle party at work because it is suitably blandly named and because they serve eggnog which he genuinely likes for its taste and not because he’s acknowledging there is anything special about this holiday.

“I’d drink it all through the year if it was available.”

Because of his deeply held position, it’s very important to Mark that he treat Christmas Day like any other, within reason.

“Obviously all the bars and restaurants are closed then, so I’m forced to prepare a feast at home and buy in a load of liquor. And once you’ve done that, you might as well invite friends and family who are at a loose end over and have a party.”

That’s as much as this staunch atheist will concede though, other than accepting gifts because it would be rude not to, which also requires he give them in return.

“Since I’m only doing it out of good manners and not to celebrate the birth of Jesus, I find it quite fun. And the presents need to be stored somewhere until they’re opened, so that forces me into having an exquisitely decorated Christmas tree to put them under.”

As he has a piano in his home, Mark likes to end the evening with a sing-a-long. His only rule is that it’s a melody he’s heard before, and that everyone else knows the words.