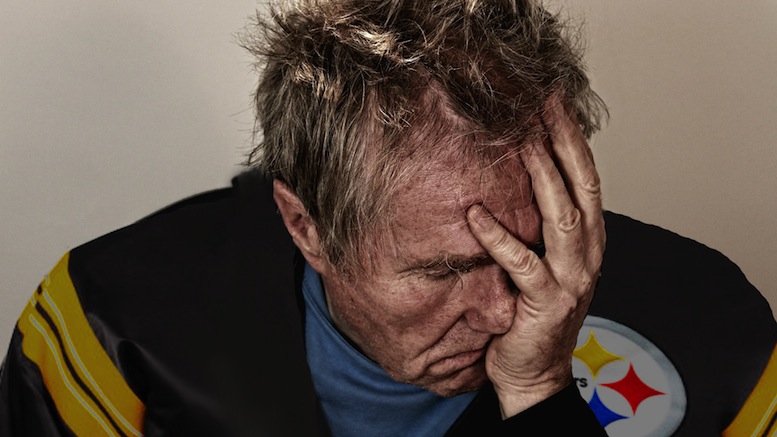 (Pittsburgh, PA) As if losing out on the chance to support his beloved hometown team wasn’t bad enough, local sports superfan Steve Blakowski is losing his mind over which side to support during Super Bowl LII.

“I can’t stand this. It’s like Sophie’s choice in reverse n’at”

Faced between throwing his weight behind the hated Eagles, or holding his nose and cheering for the Patriots, Steve says he is dreading what is usually his favorite day of the year after Dyngus Day.

“On the one hand the Eagles make me physically ill, and on the other hand… James Harrison.”

Though he still supports coach Mike Tomlin one hundred percent, he does wonder if a quarterback sneak could have spared him and so many others across the Southwestern Pennsylvania area this excruciating pain.

“Is the English Premier league any good? Maybe I’ll switch to that.”

Update: In some good news, Steve contacted us to say he has found another sports final taking place on Super Bowl Sunday to watch instead:

“Yinz are all invited to my house to watch the Fédération Equestre Internationale dressage-class driving final live from Bordeaux, France.”