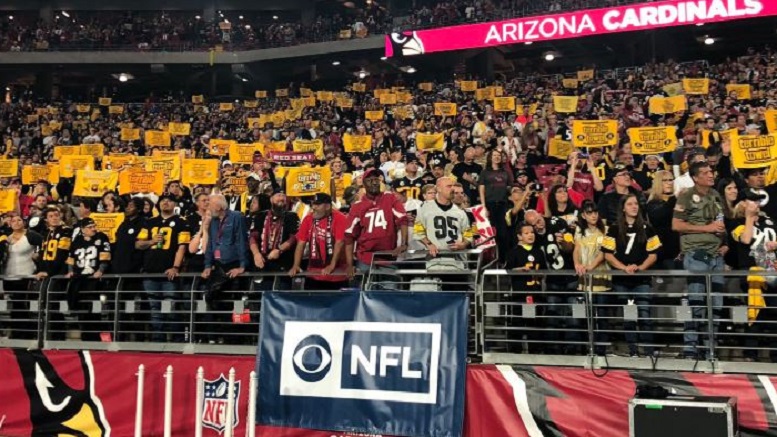 (Glendale, AZ)  After Pittsburgh football fans took over yet another opposing team’s stadium, turning an away game into an effective home game, they took it a step further this time during a matchup against the Arizona Cardinal. Fans were not looking forward to leaving the desert state for the harsh Pittsburgh winter, until they had an epiphany.

“We took over their football stadium unopposed, so why not the whole town?”

Within an hour of the game ending, the terrible towel was flying above all municiple buildings in Glendale, which they have renamed West Pittsburgh.

Local officials are said to have given up on reclaiming the town, and are instead focusing on fortifying defences to keep Phoenix out of the hands of the yinzer invaders.

Mayor Peduto said he had to recognize the facts on the ground, and that he now felt responsible for the region. That it why he is moving there immediately to help stabilize the situation and reassure local residents that they are safe in his hands.

“I should be one hand there to keep order, at least for the first ten years.”

Other members of City Council have likewise offered to move to Pittsburgh’s newest neighborhood to ensure it’s running smoothly.

Public Works officials have, however, been denied permission to move to West Pittsburgh, even though they desperately want to.

“Things work there and they already have proper roads, so you’re not needed”