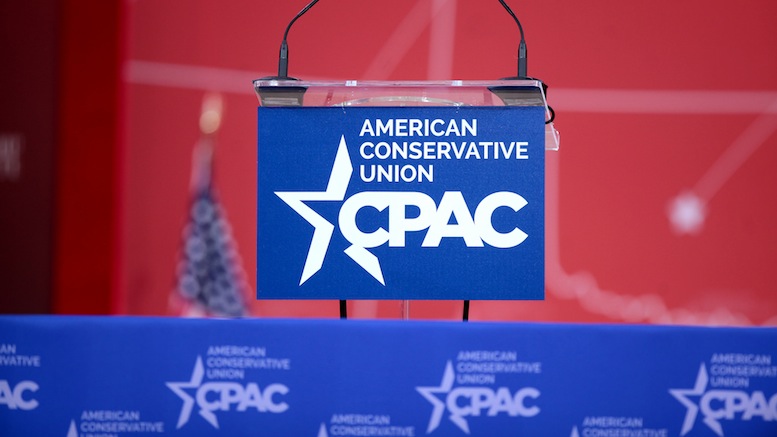 (National Harbor, MD) Faced with an adoring audience at the 2017 Conservative Political Action Conference (CPAC), Steve Bannon left no doubt as to who was in charge now.

The cheering crowd couldn’t get enough of the former Breitbart executive who has mysteriously managed to position himself as the most influential person on the planet, and a chant of “show us your tail” soon broke out among his diehard worshipers.

Bannon eventually relented, saying “Oh alright” and duly fishing out the pointy red appendage that he normally keeps coiled up in a cloth sack sewn into his baggy slacks.

He then resumed the Black Mass promising to treat the free press as his mortal enemy and fight them each and every day until they were banished from the face of the Earth.