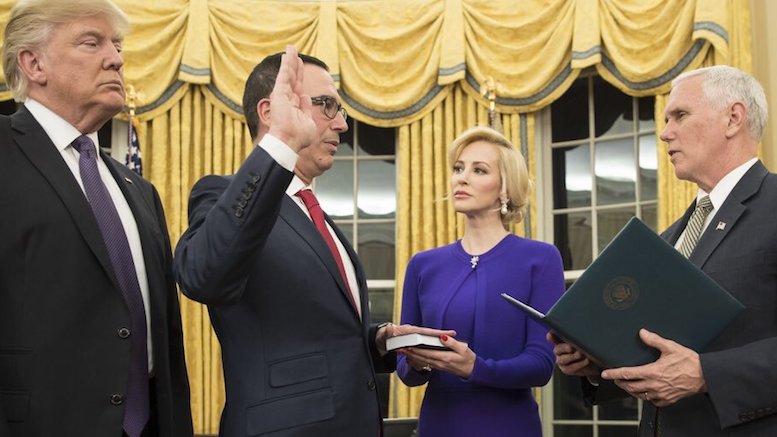 Louise Linton, wife of Treasury Secretary Steven Mnuchin, has ignited a firestorm on social media after attacking people who criticized her for tagging her designer clothes and accessories on Instagram.

In a now-private post, Linton unloaded on those poorer than herself and her hedge-fund husband for not paying as much tax or sacrificing as much as they do.

Clearly a fan of luxury goods, Linton herself is a one-of-a-kind model that the Treasury secretary had his eye on for a number of years, before finally splurging for her last July.

For his part, Mnuchin believes those with obscene wealth should be allowed to buy things they could never obtain otherwise, but he also believes it is wrong to flaunt them.

“I feel it sends the wrong message, which is why I never tag my wife.”