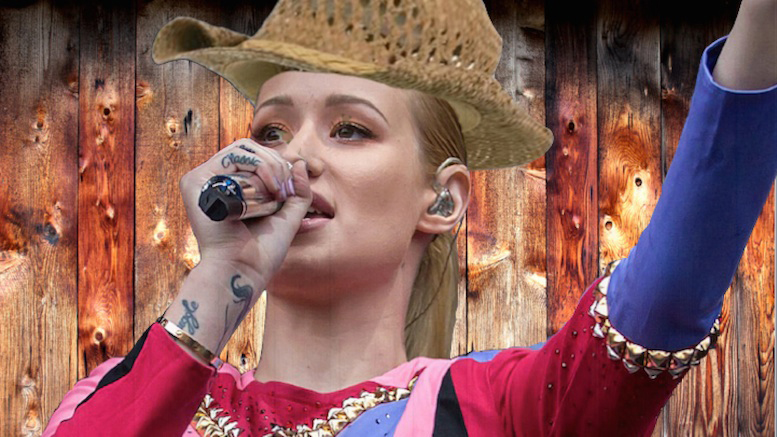 Have fallen on hard times recently, antipodean singer Iggy Azelea has decided to shift gears, abandoning her Georgia hip hop persona to reinvent herself as a down-to-earth county singer.

Azalea plans to rework her original debut hit “Pu$$y” into an acoustic version to be released shortly by BNA Records out of Nashville. She issued a fond farewell to her current fanbase whom she has been advised may not all follow her in her new career.