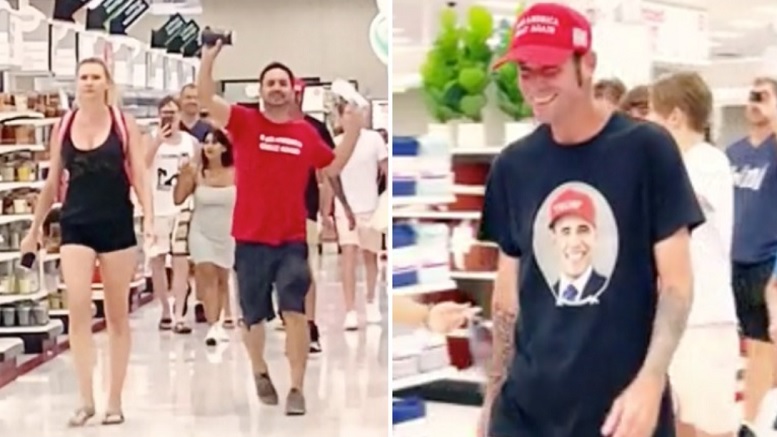 As they continue to fight to stay above water in these difficult economic times, struggling Mom & Pop stores across the country found hope in President Trump’s Town Hall answers Tuesday night when he touted the effectiveness of herd mentality.

“Finally something that can eliminate the scourge that threatens our way of life!”

Trump’s assertion that herd mentality could make the Coronvirus go away was quickly dismissed as ridiculous and not even the proper term for the concept he worked so hard to extricate from the twisted bundle of demented neurons inside his skull that attempts to approximate a human brain. However, scientists conceded the herd mentality promoted by the President was could be highly effective when used against the right target.

“There is recent and substantial evidence to suggest that herd mentality could eradicate Targets nationwide over time.”

They emphasize herd mentality is a blind unintelligent process that will proceed unknowingly, but steadfastly – like the evolution of primitive species – if the herd is not confronted and opposed at every turn.

“If you permit it to run its course it will multiple and eliminate every Target one by one, until there are none left.”

They warn that herd mentality is not effective against all big box stores, and Mom & Pop stores need to be clear about which strain they are trying to protect themselves from.

“Herd mentality provides no such protection from having a Walmart infection your region – if anything it’s the complete opposite.”