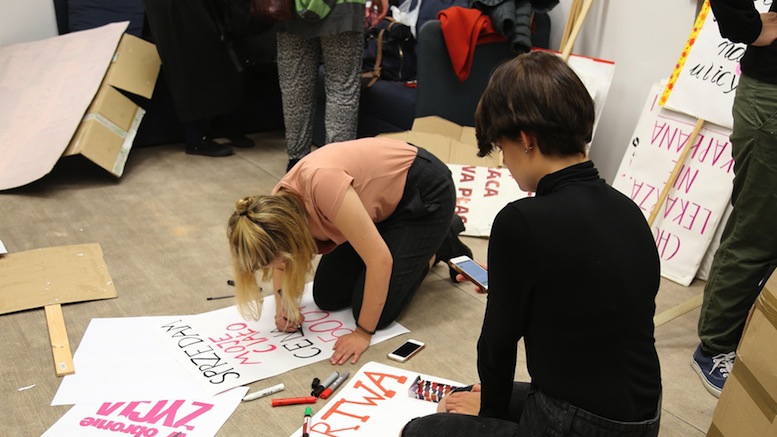 Former Bernie Sanders supporter and committed liberal Jane Hellas (26) has had an active year exercising her constitutional right to peacefully protest Donald Trump which she’s been feeling good about doing. But with news from National Rifle Association and other Trump supporters that liberal demonstrators are paid $1,500 a week, she’s feeling quite the silly girl these days.

“Now I read that everyone else protesting President Trump and his policies are getting the equivalent of a $70K salary!  Boy, am I one ignorant bitch doing this for nothing except to show that authoritarian tendencies and unjust policies are not acceptable in the United States!”

Even though she has a vested interest in preserving her access to gynecological services in a time when Planned Parenthood is under assault, she didn’t realize her protest sisters were on the George Soros payroll all along.

“I guess I did it because I wanted women like me to have control over their own bodies and not die of cervical cancer to satisfy the deep-rooted insecurities of a crusty male establishment.  But I could have paid off my student loans with all the protesting I did, dumb slut that I am!”

Despite getting there in time for the start of every protest, she must have missed the fine print about turning up early to get paid.

Most painful is the fact that she never got to cash out for attending the Women’s March in Washington DC the day after the Inauguration.

“Not only did I not collect for showing up, I even paid to get there out of my own pocket unlike all those other hundreds of thousands of women!”

Be the first to comment on "Stupid Lefty Kicking Herself For Protesting For Free All This Time!"