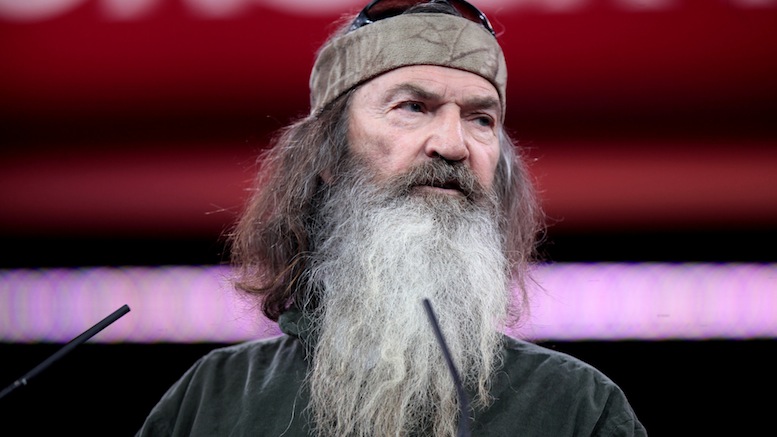 Notwithstanding the fact that this doesn’t advance the argument one iota as it’s the very concept of gender norms that is the issue at hand, Robertson can expect his views to be shared by some and denounced by others – a survey of the American public finds them split on the issue, along largely partisan lines.

One thing everyone seems to agree on however, is that nobody wants to share a restroom with Phil Robertson.

“We found that just reading the question caused respondents to wince in disgust.”

Those who filled in the optional comments section suggested he stick to using the lockable family restroom from now on, or hold it until he gets home if there isn’t one.