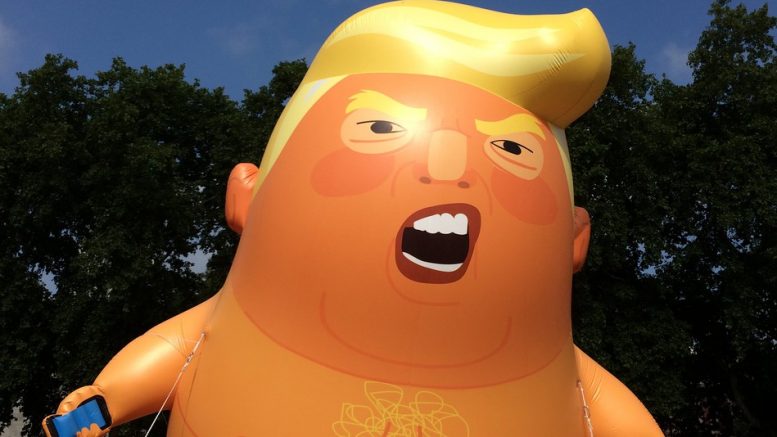 President Trump has already made a strong impression in the United Kingdom, where he has given locals a master class in his ability to sow dissent and chaos wherever he goes.

However his trip is being overshadowed by an emerging rival, the UK Trump Baby Blimp, that is said to have designs on his job – and with good reason according to a recent survey of U.S. voters.

Survey respondents said their enthusiasiam for a President Baby Blimp was no fickle choice, as they based their preference on a number of areas where they say Trump Baby Blimp outshines the current White House incumbent.

These included intelligence, not being too full of hot air, and understanding how poorly-thought-out imposed tariffs can adversely affect the economy.

Putting their money where their mouth is, many disaffected Americans have already started fundraising to make their dream a reality.