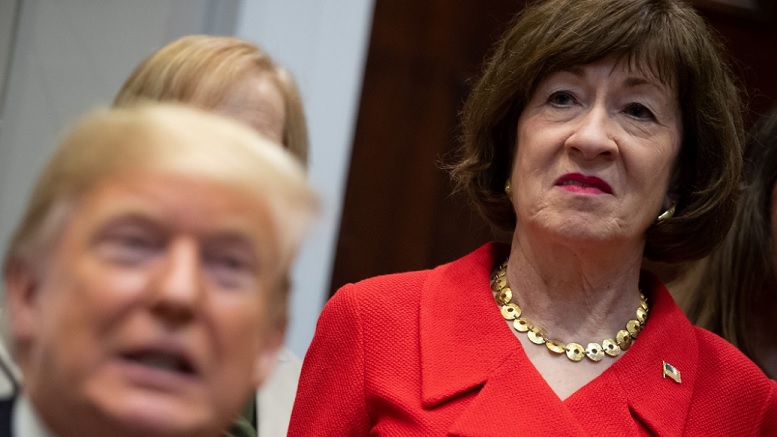 GOP Senator Susan Collins took a break from politics today to chat about other things with the media, including what movies she is watching.

“Currently I’m partway through Godfather II. Fredo has betrayed his brother but Michael he won’t seek revenge. I’m sure of it.”

She says she probably won’t bother watching the rest as she knows how it will end.

“Michael has been told that as Godfather he’s being too pushy. It’s obvious to me that Michael has learned his lesson.”

Collins said she also caught the opening of the Martin Scorcese version of Cape Fear but felt the movie was too predictable to waste any more time on.

“I don’t need to see the rest to know that Robert DeNiro will track down Nick Nolte to thank his jailer for putting him back on the right path in life.”