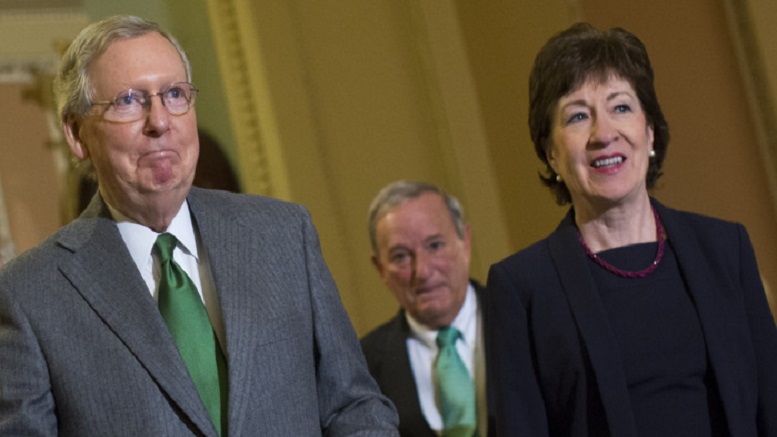 Senate Leader Mitch McConnell announced today that he was conferring upon Senator Susan Collins the highest honor he knew, that of honorary straight while male.

“Today you join an elite club, and all you must do in return is dedicate your every action to maintaining the status of said club, as you already have done so so proficiently.”

Despite the fact that any number of other male Republicans could have intervened to alter the outcome of the Kavanaugh nomination, including Senator Flake, McConnell said the focus is rightfully on Collins.

“Since you are still biologically a woman, it is correct that all the pressure should fall upon you.”

McConnell paid tribute to his colleague from Maine, at least as far as he could, given her obvious limitations.

“Though Susan may have been born with inferior attributes, she has exemplified the judicious approach of a true straight white male and I am happy to nominally welcome her to the tribe.”

“You may split a keg with me anytime, Suzie. Just don’t blame me for anything that happens later – of course I know you won’t!”