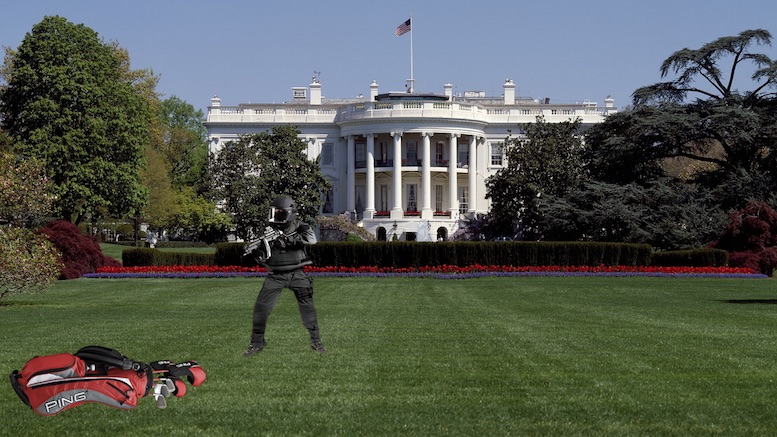 The White House was on lockdown today after a suspicious package was found on the south lawn. It was immediately checked out by a swat team, who called off the alert when it turned out to be a harmless set of hastily abandoned golf clubs.

Further investigation revealed President Trump had apparently ditched the clubs while racing back to the Oval Office after the media discovered he was golfing when his staff said he was working hard.

“He must have been sneaking back to work and abandoned the clubs in the interests of speed.”

During a comprehensive search of the rest of the grounds, the Secret Service found fifteen more sets of abandoned golf clubs, presumably from previous successful attempts to get back to work before being found out.

They also reportedly found a number of hamburger wrappers, and were surprised to stumble upon a big rig that had been reported as missing by the American Trucking Association after a visit to the White House last week.

“He does love playing with those trucks.”