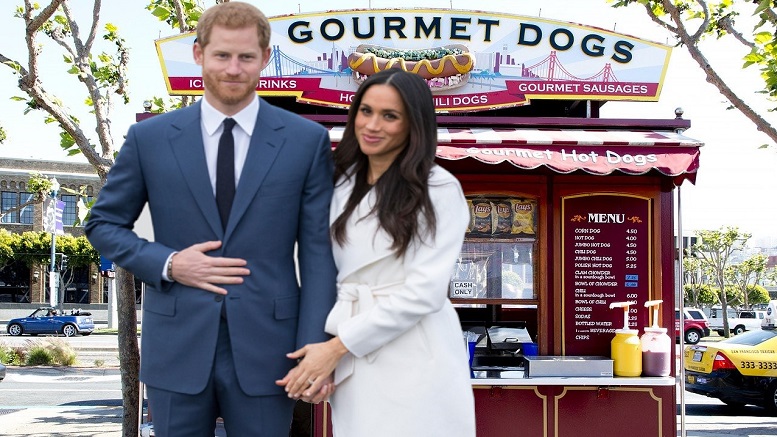 The Queen has announced that the Duke and Duchess of Sussex will no longer hold on to their HRH titles as they seek to live a self-sufficient independent life.

Reached for comment, Price Harry, who now goes by Hank, revealed they would be opening a hot dog stand in Hamilton, Ontario.

“It was either this or funnel cakes.”

Though he doesn’t want to get his hopes too high, the former Royal says he has grand ambitions for Meg & Hank’s Hot Dogs to spread throughout North America.

“It’d be great to break into the US market.”

He says Meg will cook the franks, while he will be in charge of buns and toppings.”

REGULAR READERS! If you can spare the cost of a cup of coffee (or even a bit more!) please help keep the lights on by donating at www.paypal.me/breakingburgh
OR you can become our patron by joining us at www.patreon.com/breakingburgh
Thx to all who’ve given – we appreciate yinz!