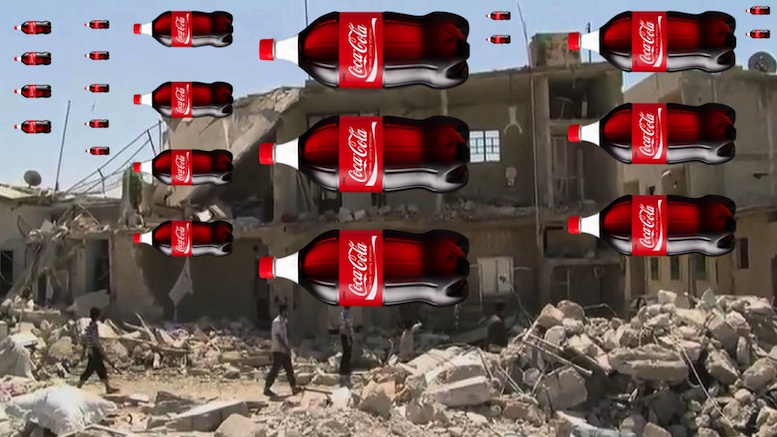 Though clearly inspired by the ongoing conflict in Syria, executives said they didn’t mean to highlight that country specifically.

“It was just meant to evoke a generic country in the middle east in the grip of civil war that’s being bombed by Russia, the United States and its own government.”

They insist the idea behind the ad – that it would be much better to have carbonated beverages falling on you from the sky instead of 500 lb ordinance – came from a good place.

“Though I suppose having a 2 litre bottle of coke dropped on you from 20,000 feet could hurt too – it’s just not a good idea all round I guess.”

They had even persuaded Lady Gaga to sign up to be the plane’s pilot.

“But she just called, mentioned something about Kendell Jenner, and said she’s out.”

Coca-Cola executives hated to completely give up on the idea though, especially with their rivals on defense for being so tone deaf.

“What if we included a spot for that little boy covered in dust and blood? Then it would be okay, right? He sure looked like he needed a coke.”