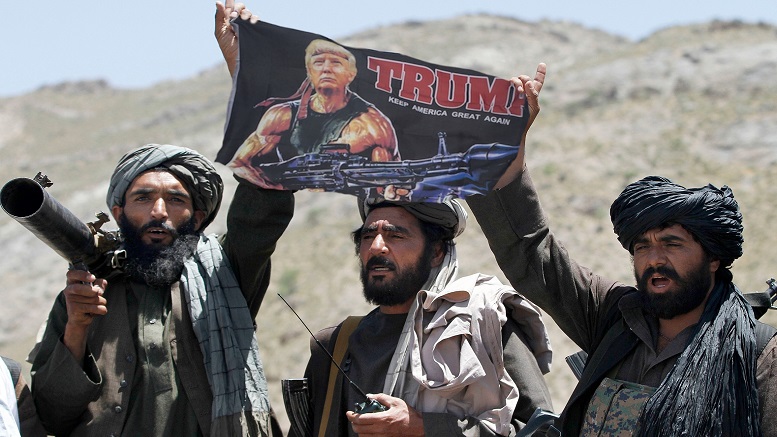 (Zabul Provence, Afghanistan) Though the year has barely gotten underway, Taliban leaders today announced their 2021 Warrior of the Year, which recognizes the individual who has shown the most daring and initiative in attacking their enemies. Citing his actions in inciting a mob to occupy and destroy the US Capitol, they said it was clear President Donald J. Trump was the runaway winner this year.

“Not even our most ferocious fighters are ever going to top that!”

Though officially not a part of the organization, Trump was commended for his bold attack upon the very center of power of their sworn enemy, the United States of America.

“This most excellent man has struck right at the heart of our great nemesis with his band of ragged warriors.”

The honorific entitles Trump to attend all Taliban meetings should he be in the region, together with a courtesy senior commission in their battle order.

“We would be honored if the warrior Trump were to come to Afghanistan to command and inspire our Mujahideen as they engage the US military, just as he did with his own MAGA troops in their glorious battle against the Capitol police!”