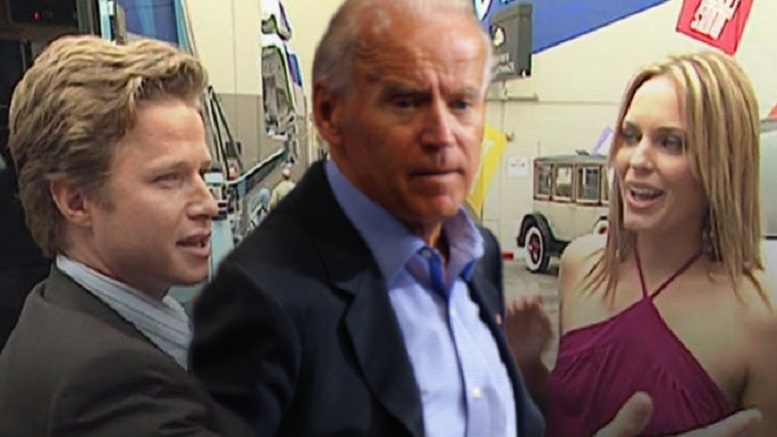 A shocking audio tape of a conversation between President-elect Biden and former TV host Billy Bush has been leaked. The tape, reported made shortly after the Associated Press called the 2020 election for Biden, contains devastating comments made to Billy Bush such as this:

“I’m going to move on the White House in late January like a bitch. It may be involved with Trump right now but I just don’t care. I’m not going to ask for his consent. I’m going to grab it by the powers of the US constitution. When you have the majority of electoral college votes you can do that.”

Reached for comment on the damning recording, Biden was unapologetic – and even doubled down on the what he plans to do over Trump’s objections.

“You know I’m automatically attracted to holding offices I’ve been legitimately elected to. It’s like a magnet. I don’t even wait beyond the constitutionally designated date for the transition of power. And when you’re the certified winner they let you do it. You can do anything – as long as it’s within the law and a faithful execution of the responsibilities entrusted to you by the People.”

Especially worrying are the overtones in Biden’s language of taking charge and not letting anything escape his close attention.

“Not only will I grab that White House and make it my own. I will also control who gets to visit it and throw out all the losers who used to hang around it before I came along – because that’s how Joe Biden rolls.”

Shocking as the transcript is, Bush said the things Biden said that weren’t captured were even more disturbing.

“Joe whispered in my ear that that after he gets his hands all over the White House he was going after Rona. He talked about chasing down and choking the life out of Rona. So dark!”