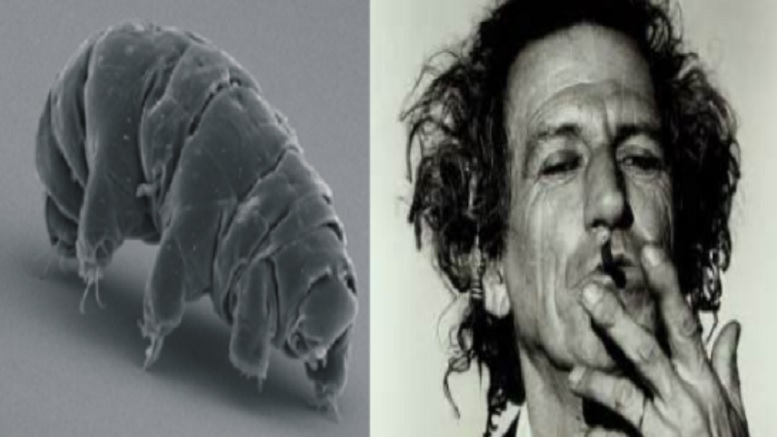 Scientists at Oxford University have determined what the last creatures on earth will be before the Sun engulfs it, when it will be so inhospitable that almost all forms of life will have long ceased to exist.

By looking to see what organisms could withstand extreme cold and heat as well as exposure to normally lethal levels of cosmic radiation, they concluded the only survivors would be small hardy creatures known as tardigrades.

The tardigrade is expected to thrive for a further 10 billion years given its ability to withstand temperatures up to a scorching 150 degrees celsius, and to function in environments as varied and extreme as deep sea crevices and the vacuum of space.

“Until now we believed only the Rolling Stones guitarist could do that.”

In declaring a tie between the two creatures for most indestructible organism, the researchers warn it could be broken once they have performed more tests, as they have yet to determine if the tardigrade can withstand high concentrations of a number of extremely toxic chemicals.

“We don’t need to study Keith Richards any further, as he has already conducted the tests himself for every substance we can think.”