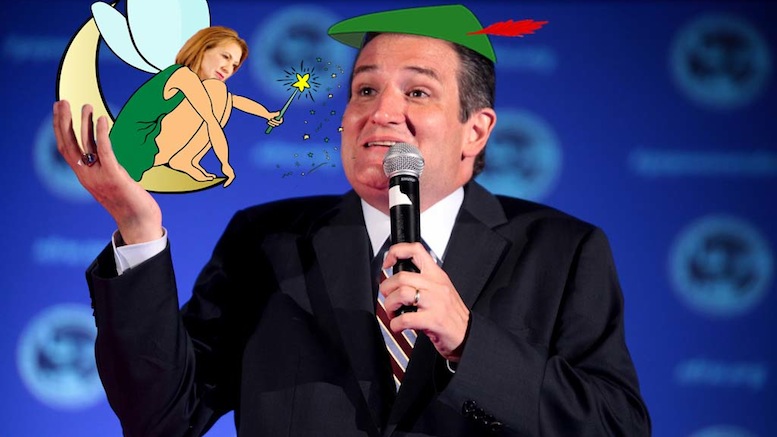 Proving you are never to old to engage in make believe, failing Republican candidate Ted Cruz has chosen Carly Fiorina to be his imaginary vice president in his pretend administration.

Though it’s highly unusual for someone to decide on the bottom half of the ticket before they’ve won the nomination, child psychologists following the electoral process believe this is a smart move on the part of Cruz.

“Playing out fantasies in your mind is an important part of coming to terms with what is possible and clearly not possible in the real world – like a President Cruz, for example.”

Cruz is also planning to formally announce his full cabinet shortly, as well as what kind of drapes he will have in the White House (magic drapes), and the three appointments he intends to make to the U.S. Supreme Court (Ted Nugent, Justice Antonin Scalia’s ghost, and a clone of himself made in a super secret science lab).