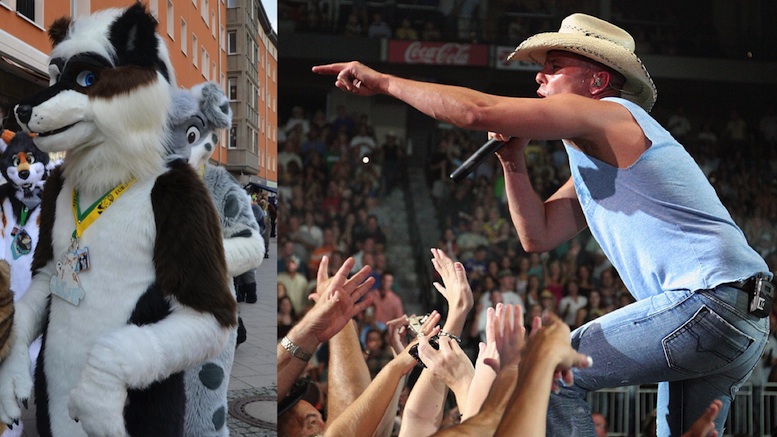 There’s a lot going on in Pittsburgh this July 4th Holiday weekend including two things indelibly associated with our fine city: the Anthrocon (Furries) convention and a concert at Heinz Field featuring the one and only Kenny Chesney.

But how to tell the Chesney Fans and the Furries apart?

Fortunately Breaking Burgh has your back with this quick set of examples that will have you differentiating between the two in no time.

EXAMPLE A: You encounter someone who…

…reminds you of a wild animal. This is a CHESNEY FAN.

…reminds you to feed your cat. This is a FURRY.

EXAMPLE B: As you go to throw your Starbucks cup away you see…

…someone leave a trail of debris like they were raised by wolves. This is a CHESNEY FAN.

…someone neatly dispose of recyclables in appropriate containers who looks like a wolf. This is a FURRY.

EXAMPLE C: As you dine al fresco in the cultural district you are distracted by a group who…

…are loud and communicate only using atavistic grunts. These are CHESNEY FANS.

…politely try have a good time despite being taunted with atavistic grunts. These are FURRIES.

You see someone constantly being hounded and put down by Pittsburghers in a display of horrendous cruelty. To which group do they belong?

Answer: TRICK QUESTION! What you saw was neither a CHESNEY FAN nor a FURRY, but a FLEURY.