So Donald Trump has defied all expectations by winning the White House. And you thought Dubya was bad! In anticipation of being shut down by the FBI any minute now, here are Breaking Burgh’s 10 ways life under President Trump will be different.

1. The country is renamed The United States of TrumPerica. It’s all about branding, people!

2. All government buildings will be gold-plated because if it’s not bright and shiny, it’s just not classy.

3. There’ll be a hostile takeover of Canada, which will henceforth be known as New TrumPerica. Respecting sovereignty is for disgusting, little, weak, pathetic babies!

4. Every entity that receives federal dollars is to be named after Trump, and that includes all the 50 States. 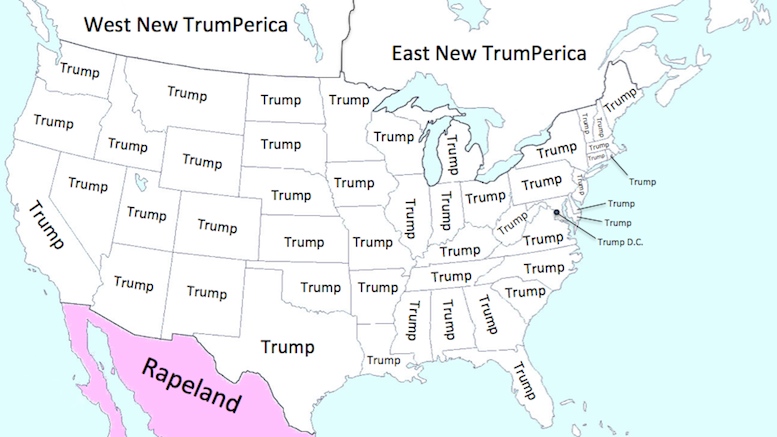 What North America will look like under The Donald.

5. It will be illegal to mock Trump’s hair. But to show he’s a man of the people he’s going to make it illegal to mock anybody’s hair. So go ahead and cancel that expensive salon appointment.

6. C-SPAN will be renamed Trump TV and will show continuous footage of Trump’s glorious presidency. When he’s asleep or getting down to business with the sexy First Lady, there’ll be reruns of The Apprentice. Since you’ll obviously be glued to Trump TV 24/7, all other TV stations will be closed down.

7. Trump’s books will be bought by every household under threat of severe tax penalty earning Trump billions while in office – just like Mein Kampf did for another insane populist leader we’ve presumably all completely forgotten about. 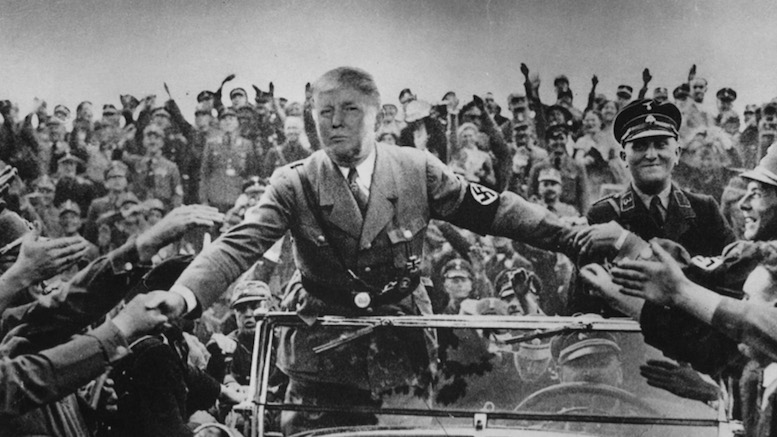 8. All proposed legislation before Congress must be able to fit on a bumpersticker. If not, You’re Fired, Senator or Representative!

9. Beauty pageants will be official federal holidays. If you’re a dad with a little hottie for a daughter that you’d be dating if she didn’t come from your loins, it’s now your patriotic duty to sign her up. And the judge will be the President – how cool is that!

10. Everyone said how much they hated the election, so there won’t be any more of them. Succession by descent is the way to go.