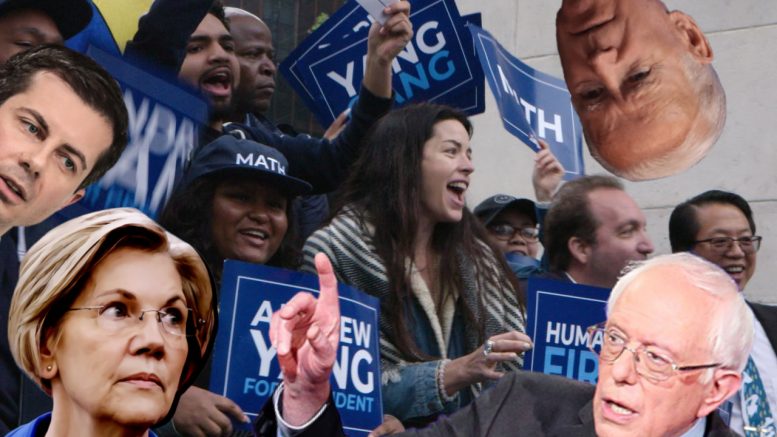 A group of former Andrew Yang supporters are living in fear today following what they described as a ‘terrifying onslaught’ by Democratic candidates still in the race trying to win them over.

“Joe Biden wanted to give me a hug instead of telling me stories about Silicon Valley with a four feet air gap between us which is the highest level of intimacy I’m comfortable with.”

One of the young Yang Gangers felt he was lucky to be alive after Bernie Sanders made a play for him.

Mayor Pete Buttigieg also gave them the fright of their life.

“He’s like a wolf in sheep’s clothing where the sheep is a baby-faced enthusiastic nerd just like us and the wolf is a scary Democratic centrist who will perpetuate the neoliberal agenda.”

Just when they thought they were safe, Elizabeth Warren pounced on them causing them to shed their Patagonia hoodies in order to escape her grip.

“She made us feel like we were in school. And not in the good way where the teacher is a cool guy who plays the same video games as you and feels like your friend.”

Though they got away this time, they are fearful they will soon be attacked again by Democratic candidates they are not comfortable with.

“We just want someone whose math adds up and is Asian.”