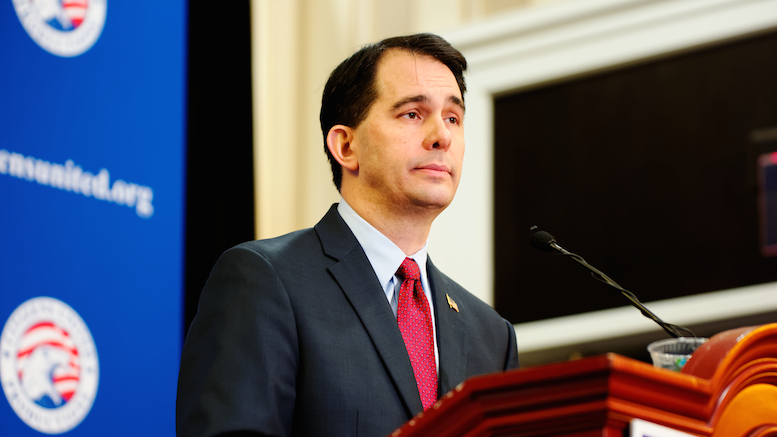 It is often the case that historical events of high consequence are not understood in the heat of the moment and time must pass before we can begin to divine their enormous significance. So it is with the great Scott Walker Presidential campaign of 2016, which is finally at sufficient remove from us now that we can appreciate it for the earth-shatteringly meaningful political happening that it was. Through the prism of time we can finally dissect that great election way back in the mostly future, when Scott Walker valiantly fought to win the Republican nomination only to be beaten by that particular person decided upon many months from now, who would go on to win or not win the Presidency in that hard fought election that is still well over a year away.

Scott Walker was born in 1967 in Colorado Springs, Colorado, and not Canada, because that was Ted Cruz. Little did anyone there know that young Scott would grow up to be one of the great Presidential could-have-beens, alongside Dewey, Rockefeller, and Gore. Not only did Walker scrape his way into a couple of debates much more focused on Donald Trump, but he also managed to poll in the low single digits for a while. These accomplishments are all the more impressive when it’s remembered that Walker did this on a shoestring budget funded by some folks called the Koch Brothers, who are presumably a mildly successful singing duo from the sixties who gave him a couple of thousand bucks.

What one can say with certainly is that a century from now, students in civics class will be studying his meteoric rise from being born all the way to that stage of the 2016 race when the leading GOP candidates were still ridiculous choices because the serious mainstream electorate wasn’t even paying attention yet. Perhaps the question on most people’s minds now is why the sometime author has not yet written down the story of his spectacular campaign from his vantage point about one tenth of the way through election season.

We may never see his kind again, except we will – we certainly will.

Next week: The Second Reagan Revolution That Just Barely Missed Out On Coming Into Being a.k.a. The Rick Perry Story.