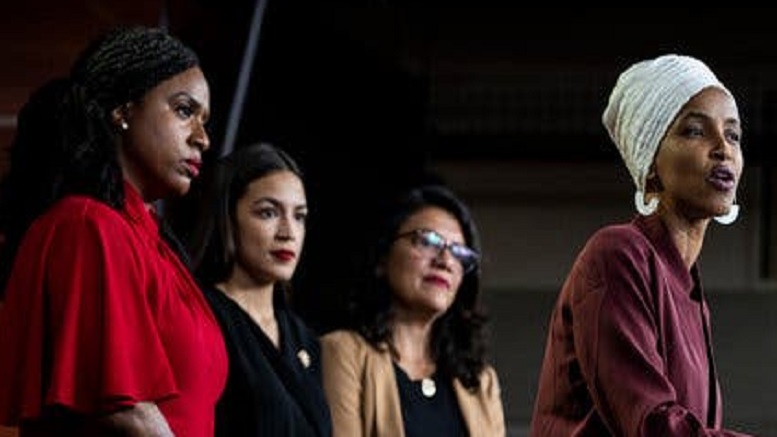 Talk of the Obamas getting a show on Netflix is officially old news today as the biggest ever politico-movie agreement was struck between Marvel Studios and the set of four Congresswomen as The Squad. Disney executives are said to be overjoyed at the deal.

“Half a billion dollars upfront may sound like a lot but not when your talking about a superhero franchise this good.”

Other Marvel movies slated for production have been put on the backburner or cancelled outright to allow all available resource to focus on their latest acquisition.

“Thor is out and Ilhan Omar is in #SquadMovie2020”

Another thing that attracted Hollywood’s wheelers and dealers is that the project was pitched as a ready made package including a wild unpredictable plot and compelling adversary.

“The villian they battle against is the slimiest foulest antagonist ever put to paper. How do they come up with this stuff I don’t know but I love it!”

The first installment in the franchise, “Squad Goals: We’re Staying Right Here, Bitch”, is already in preproduction and scheduled for release in late 2020.