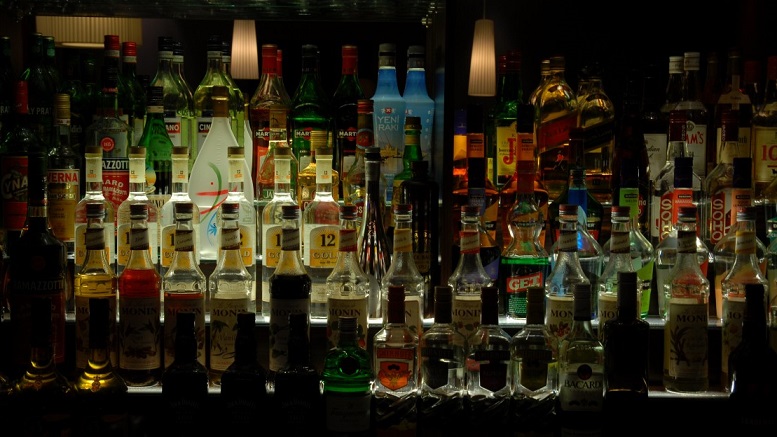 What: A Life Behind Bars by Dan Ruth

Where: Off The Wall Productions at Carnegie Stage (Carnegie)

Libatious is not a real word but it should be, so we are going to introduce it for you right here right now because that is how we roll:

libatious (adj.) pertaining to libation and all the good and bad that comes with it.

We had to update the English language for you because libatious is the perfect description for A Life Behind Bars (yes there is the word libationary but that sounds shit). You should know this is a very short run playing Friday and Saturday only, so make your way to Carnegie Stage right now before it’s gone like that bottle you assumed would last all month.

As you may have guessed, the bars the title refers to are of the mahogany rather than the iron kind, but the bonds between the two are strong. Abuse of the former can quickly lead to being behind the latter, as many a Public Service commercial reminds us, and the intersection of literature, booze, and lawlessness is a well-trafficked one. Both types of bars have proven inspiration for the written word, as evidenced by the plethora of them we have to describe serving time:

But what of the show you ask with the enthusiasm and aggressive impatience of the semi-toasted? We will tell you right now lest your mood turns annoying foul leading to equally annoying profuse apologies in the morning.

It begins in the Clinton years (that means the 1990s kiddos) with a Johnstown native (Ruth) slinging drinks in the Big Smoke, specifically the Big Apple. Served up first is an admonition for not living up to our responsibility as punters when asked what we want (the highest crime being the dreaded “Surprise me!”). If you’ve ever read one of those “Things your bartender hates you doing” articles and thought “But what’s wrong with that?” be prepared to learn just what a momentous ass you really are.

It is quickly clear you are in the hands of a compelling storyteller, who will take you into unpredictable territory, such as the dreaded NYC health and safety inspectors. They may serve a useful purpose for a bar/restaurant but not for a dive – these clients are here to destroy themselves and bureaucracy is only holding up the inevitable. Here you will learn the origin of the term “to eighty-six someone”, and there is much talk of Webber (the composer not the grill – real drunks don’t eat). This reviewer greatly appreciated some attention being thrown the way of Tony Scott’s art horror masterpiece The Hunger. (How can something with Susan Sarandon, Catherine Deneuve and David Bowie be so overlooked? The mind boggles.)

Ruth proves a master of the physical gesture and transitions, which are enhanced with just the right level of effects. This show avoids the tediousness of some one-person shows that strive to showcase the ability of the performer to quickly hop from one character to another to another to another like it’s a large cast show, which only serves to point out that it is not. Here you remember the less jumbled interactions between people as if you’d seen them played by distinct actors on a detailed set. Just try it afterwards with the skater punk hookup. Ruth spend times with each of his characters and it pays off. This is an earnest show and one that is also not afraid of high arch. Not in the slightest!

A final redemptive ending is earned because it was, well, earned. And before you know it your sentence is up.

A Life Behind Bars is playing at Carnegie Stage this Friday and Saturday at 8pm (October 25th and 26th) only. Tickets are available here.

Be the first to comment on "Theatre Review: Sentence Yourself To A Life Behind Bars"