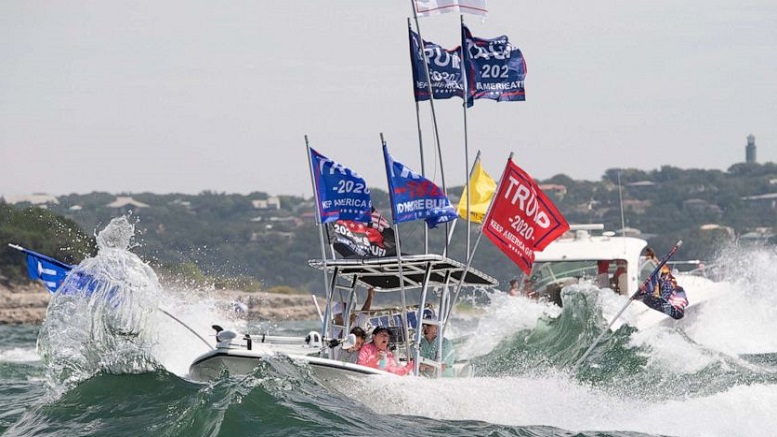 (Lake Travis, TX) There were solemn scenes in Texas today when a Trump Boat Rally became the scene of a terrible tragedy as thousands of the President’s most avid supporters perished at the bottom of Lake Travis during rough waters. Though rescue personnel were quickly on hand and could have easily saved everyone, many were nevertheless lost to the lake’s deep waters after they refused to put on a life jacket.

“They said doing so would infringe on their freedom to drown.”

Though some of the more elderly boaters showed a last-minute interest in being spared a totally avoidable watery grave, they were sadly unable to be saved at that point.

“Unfortunately they were dragged beneath by their more ardent friends and relatives anyway.”

Speaking about the devastating loss of life, President Trump said it was important to try to find a silver lining even in the midst of such an overwhelming catastrophe.

“Hopefully they were all able to mail-in their ballots before this terrible disaster.”