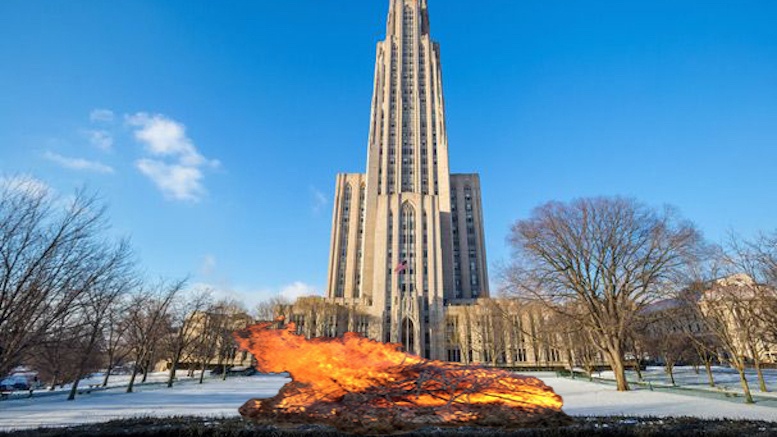 A significant proportion of the Pitt Student body, who took to Forbes Avenue to celebrate the Philadelphia Eagles Super Bowl victory, have been executed for treason in the early hours of this morning.

Police held back at first during the celebrations saying they didn’t want to dampen the fun and would only move in if property was damaged.

However the real reason was that they wanted to be sure they got as many of the fifth columnists as possible. Rather than attempt to detain the traitors, they were corralled onto the section of Bigelow Boulevard between the Cathedral of Learning and the William Pitt Union, where a summary trial found them guilty.

A handful of students wearing Patriots jerseys who said they were only there because they were involuntarily swept out of Peter’s Pub by the treacherous crowds were acquitted, with the rest immediately put to death and their bodies burned where they fell.

All students are reminded that Pittsburgh has a full set of perfectly good professional and college sports teams for them to support, and becoming a fan of out-of-town franchises will not be tolerated.

The only exception is professional basketball where they are free to support another town’s team without fear of execution, as long as it’s not the Cleveland Cavaliers.