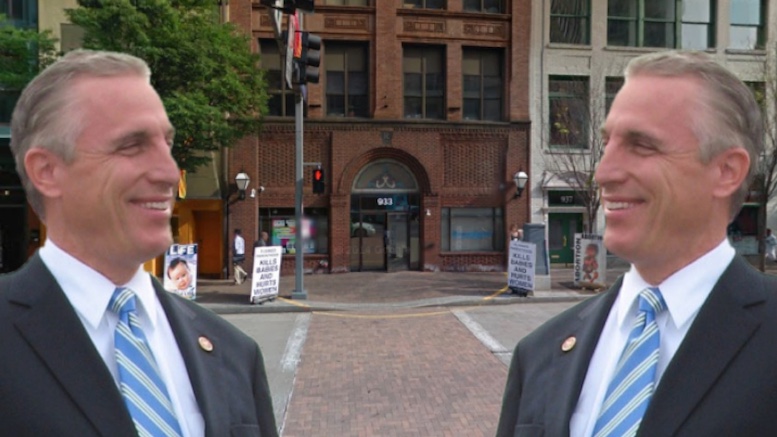 (Pittsburgh, PA) Since being catapulted into the national limelight after allegations surfaced that he had publicly issued pro-life sentiments a week after urging a women he had an affair with to seek an abortion, Pennsylvania Congressman Tim Murphy said he needed a break from all the attention.

That’s why he will spend next week in Pittsburgh doing what he loves best – protesting Planned Parenthood in front of its offices on Liberty Avenue, while also acting as an escort for those seeking the organization’s help.

Those who work there said Murphy’s approach was certainly unusual.

“We get some dedicated abortion protestors down here and passionate pro-choice advocates too, but usually they are different people!”

While most pro-choice advocates approved the half of Murphy that supported their activities, some were critical of the Congressman’s selective escorting which they found contrary to the spirit of the task.

“He only seems to want to escort young women he believes he may have impregnated personally, which is a bit selfish if you ask me.”