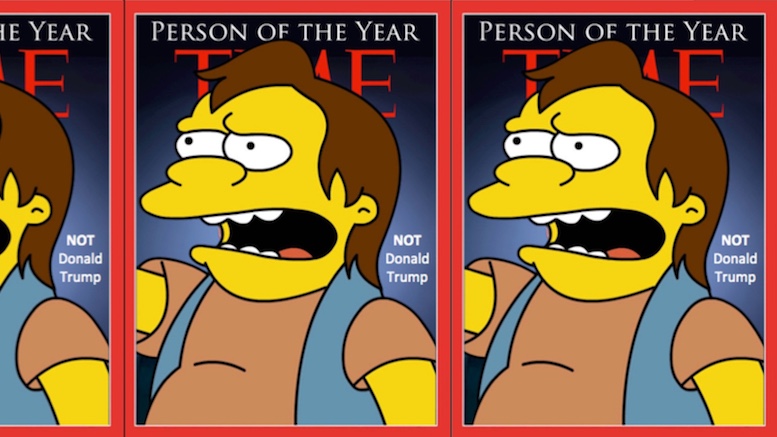 Despite a recent trend of making non-traditional choices, such as “YOU” in 2006 represented by a mirrored surface, this is believed to be the first time a character from the world of animation has been chosen.

TIME lauded Nelson for being a Benjamin Franklin for our time, one who is quick to point out the folly of others.

Runners up for the award were said to include actor and TV show host Rosie O’Donnell, basketball parent LeVar Ball, and that woman who flipped off the motorcade.

When reached for comment on being accorded this great honor, Nelson was brief and to the point: