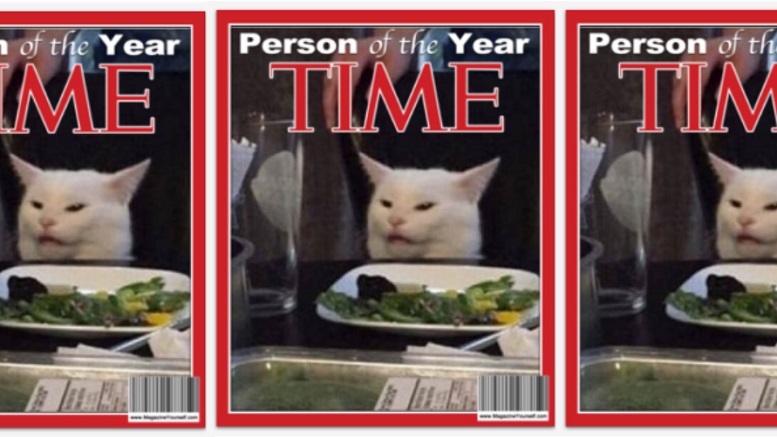 Time Magazine has revealed its 2019 Person of the Year, which is a cat for the first time in the publication’s history. Smudge the Cat was picked for numerous contributions throughout the year on important matters of the day. Though child activist Greta Thunberg was thought to have been selected based on an early leak of a cover mockup, she was edged out by Smudge for a number of reasons.

“While Greta certainly made an impact in 2019, Smudge’s reach was far greater. Also we viewed Greta as overly focused on one subject – climate change – whereas Smudge has weighed in on all kinds of subject matter.”

Smudge was praised for his cool collected analyses that helped push back against emotional arguments not based in fact.

“In this era of rampant Fake News, Smudge has called out BS time and time again, ususally in response to something said by a volatile blond woman.”

Asked how Smudge would be celebrating the honor, that cat’s owner said it would probably be with a special meal.

“It won’t be vegetables, that’s for sure.”