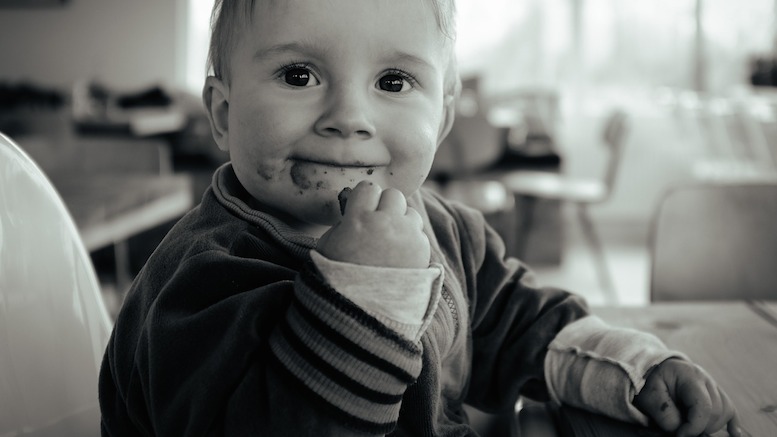 [Sewickley, PA] An intense battle of wits between a toddler and his parents appears to have come to a conclusion today, resulting in a conclusive victory for the former. The adversarial struggle began when three-year-old Michael, or Boo as he is sometimes known, discovered that his big plastic spoon could not only be used to convey food into his mouth, but also to launch organic projectiles that would fly through the air and, depending on the exact nature of the meal involved, either stick to or bounce off the kitchen walls in a highly satisfying manner. After multiple such incidents, Michael was warned by his parents that he would ‘seriously regret it’ if he did it again. But the fallible parents turned out to be completely incorrect in their prediction, as the three-year-old catapulted his apple sauce across the room and not only did not regret it but actively enjoyed it.

This is not the first time little Michael has noticed that his parents’ powers of clairvoyance are less than perfect. He cites the example of when they failed to anticipate the precise moment when he would begin picking up his toys that he had left all over the floor. Even though they unambiguously prophesied that he would most definitely be picking them up on the count of three, the keen-minded youngster knows beyond any reasonable doubt that he only started to gather them together on the count of five, or maybe four at the absolute earliest. This was in spite of a lame effort on the part of the adults to feign winning the argument by dragging out the three over the course of several seconds.

Young Michael – whose aptitude for vigorous debate already has teachers predicting he’ll be a very successful trial attorney in the future – next plans to prove his parents wrong by stepping in puddles and demonstrating that they could not be more incorrect in their assertions that he shouldn’t do that if he knows what’s good for him.