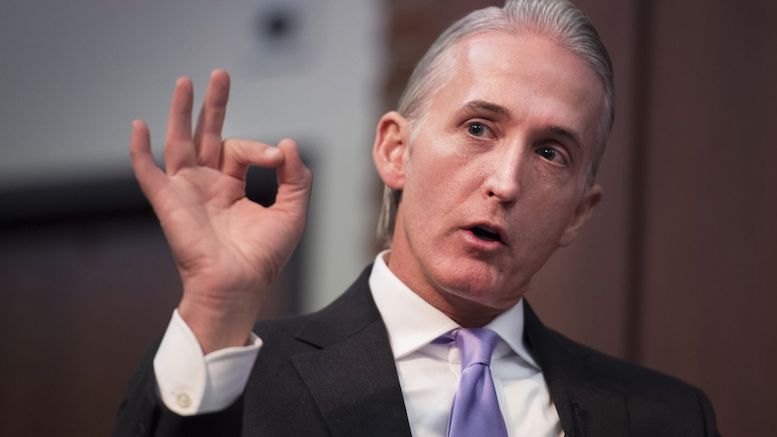 Congressman Trey Gowdy has announced he is leaving politics to follow a career path he feels he is better suited to by time traveling back to the 1980s to be a villain in cheesy action movies.

“Not the main villain – I’m the creepy guy who stands to one side of Alan Rickman and looks serious just like the jacked guy with long hair on his other side.”

Goudy had his revelation about his true calling while trying to outsmart Hillary Clinton during the marathon Benghazi hearings.

“When I was sweating like a pig I thought I don’t belong here – I belong in that scene on a skyscraper service floor where the bad guys think they have Bruce Willis cornered but then realize he has a plan to kill them all one by one.”

Gowdy says his mind is made up and he won’t change it, even if he only ends up appearing in CHiPs and the occasional guest appearance on the original MacGyver series.

“I’m not a politician. I’m the guy you hire when you wanted to get Crispin Glover but he said no because you’re making Reaganite schlock and you’re still set on getting someone who looks enough like him to freak people the fuck out.”