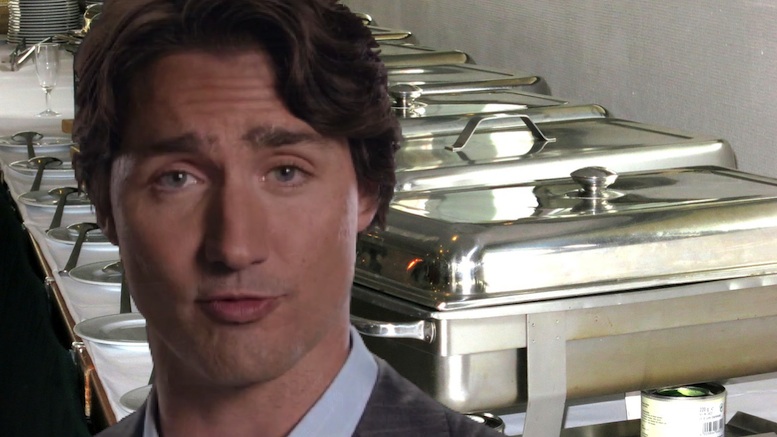 You talking to me?

[Kashiko Island, Japan] Canadian Prime Minister Justin Trudeau is making headlines at his first G7 Summit for physically manhandling the leaders of France and the United Kingdom. The incident occurred when the world leaders broke for a buffet-style lunch. David Cameron, who was first in line, turned to begin a conversation with French President François Hollande instead of getting his food and making space for others.

Trudeau finally had had enough and marched over uttering the phrase ‘Get the fuck out of the way so we can eat’. When they failed to respond immediately, Trudeau grabbed the shocked politicians by their ears and forcefully led them over to a table. He then roughed up David Cameron saying ‘there’s plenty more where that came from’ before fake-punching Hollande, causing the Frenchman to fall over even though he had not actually been struck. Barack Obama, who had been waiting patiently nearby, took an elbow to the jaw during the initial scuffle, though footage of the incident made clear that was accidental.

Trudeau later apologized profusely for his brief outburst of violence, saying it was only because his blood sugar had dropped so low, though he quickly added that was in no way an excuse for his outlandish behavior. He hoped they could all put the matter behind them, and promised it would not happen again.

Though everyone agreed publically that Trudeau had acted shamefully, Angela Merkel privately admitted she was glad someone took charge of the lunch situation as she had missed breakfast and was getting hunger pangs. Though more than capable of acting decisively herself, the German Chancellor thought better of personally overpowering the leaders of Britain and France as the optics would not have been good.