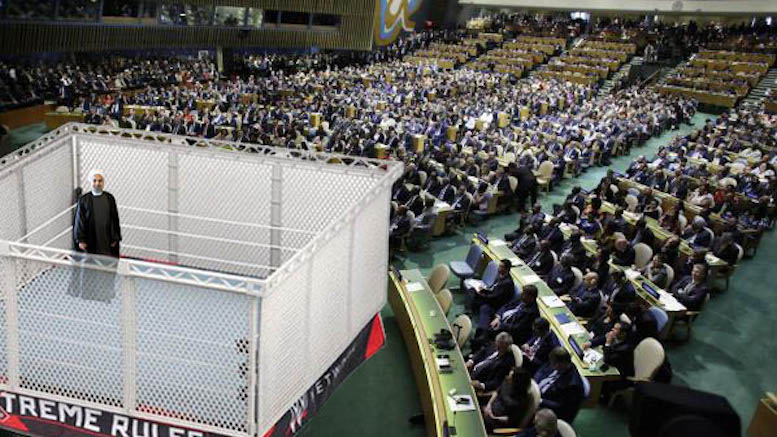 (NYC) President Trump was visibly absent from the UN General Assembly today as the meeting entered the crucial cage match conflict resolution phase, where countries attempt to solve their differences by having leaders fight one-on-one instead of going to war.

There are unconfirmed reports that Trump hightailed it out of there as soon as he saw a steel cage being lowered into the UN chamber, which Iranian leader Hassan Rouhani said would be very disappointing if true.

“I thought he did some great trash talking to get the crowd riled up the other day, so why am I alone in the ring?”

Based on his fiery speech, UN officials had drawn up an exciting dance card for the President, with bouts against Rouhani and Venezuela’s Nicolás Maduro before the meeting’s main draw, Trump v. Jong-On.

“Rocketman’s arrived and he’s even wearing fins and a nosecone. So where is Trump?”