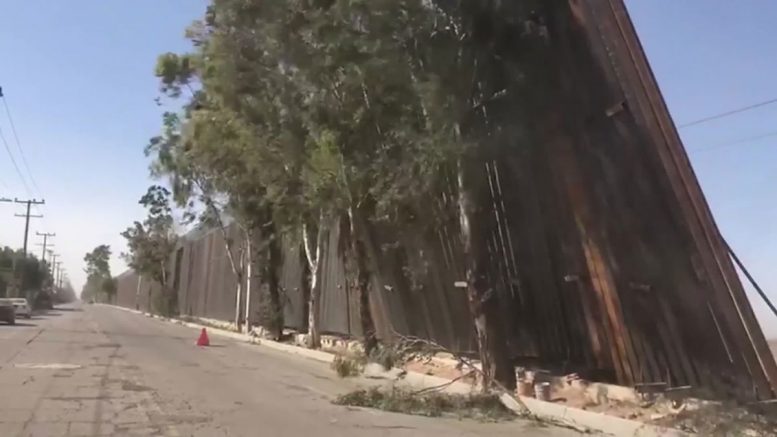 Confronted with pictures of his border wall toppled by wind gusts, President Trump has angrily fired back by accusing the wind of doing this now to try to embarrass him during election season.

“The timing of this is very suspect. So suspect!”

Despite the fact that the wall sections fell on the Mexican side of the border, Trump adamantly maintains that the winds responsible came from a southerly direction.

“They’re not sending us their best wind. Not by a long shot!”

He says the destruction of his beautiful wall by molecules of moving air was also motivated by a desire for revenge.

“I exposed the terrible scourge of windmill cancer which wind obviously wanted to be kept secret so it would have more of them to play with. Not on my watch!”