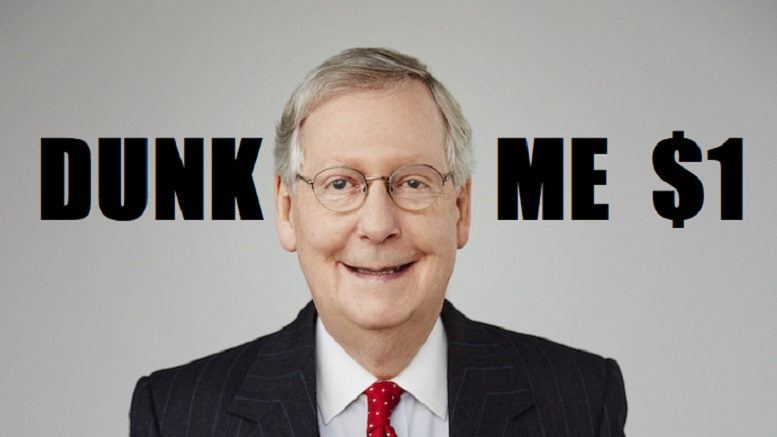 Seeking to reinviragorate his plan for a 30 foot border wall along the entire US-Mexico border, President Trump has asked his advisors to redouble their efforts to find a solution to funding it.

Today that appeared to bear fruit as they finally stumbled upon a plan that could raise the tens of billions of dollars needed in a matter of weeks.

“A travelling Mitch McConnell dunk tank is by far the most promising solution.”

Premilinary estimates reveal it could easily raise all the funds needed by asking people to pay $1 for each chance to dunk the Senate Majority leader in a slime bath.

“Even more if it has a sign that says ‘Sink The Bastard Traitor Moscow Mitch’ above him.”

Concerns that McConnell would not co-operate were dismissed by the President.

“He’s never refused me yet. Be sure to tell Lindsay Graham he’s filling in whenever Mitch is indisposed.”

The only objection raised thus far have been from PETA.

“We cannot enourage the humiliation of turtles for profit or those that very very very closely resemble them.”