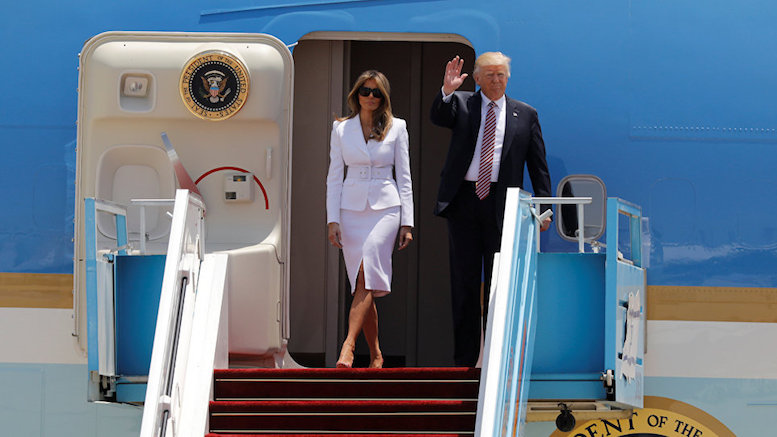 Arriving in Israel today, U.S. President Donald Trump said he planned to settle the Israeli-Palestinian issue before he left and asked where the mock boardroom he requested was. Hearing there wasn’t one, he ordered the set of The Apprentice, which he had brought along in a C-5 transport, be assembled in the City of Jerusalem.

Trump then declared that ‘Team Jews’ and ‘Team Palestinians or whoever’ each had 48 hours to come up with a solution to the Middle East problem.

“It can be one-state, two-state, multi-state or devastate. The only precondition is that you do your best and have fun.”

Trump said each side would be given a thousand dollars seed money to develop their plan for lasting peace in the region, and warned project managers Bibi Netanyahu and Mahmoud Abbas that there would be a reckoning in the boardroom followed by some nasty ‘Black Ops’ stuff for the loser.

The proposals are to be judged by Trump himself along with his daughter Ivanka and son-in-law Jared Kushner.

“The United States is going to end up bankrolling whichever solution is picked so if you want to win, make it cheap people!”