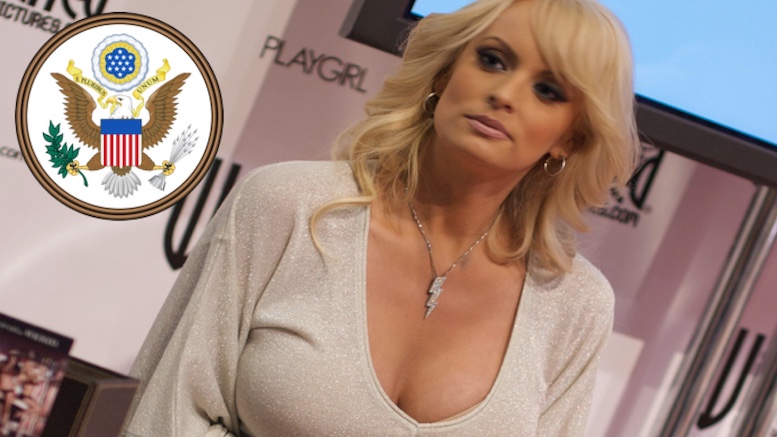 (The White House) With the sensational memoir by Stormy Daniel already shipping advanced copies, President Trump insisted today a copy be obtained for him. Staffers feared the contents would infuriate the notoriously bad-tempered Trump but their fears came to nought when they learned he wanted a specially prepared copy that had all the text removed.

Still they are said to be reviewing the graphics in the book too, in case there are any photographs that would upset the President.

“We’ve drawn straws for that, since based on what we’ve read there could be explicit photos of our boss in there.”

Another delicate issue they face is keeping track of the Vice President’s whereabouts, since he has made clear he must not be left alone a copy of the book under any circumstances.

“Mother would not approve.”

Though not known as a studious chief executive, Trump have indicated he will be using all his powers of concentration in this instance.

“Some documents deserve my full attention.”