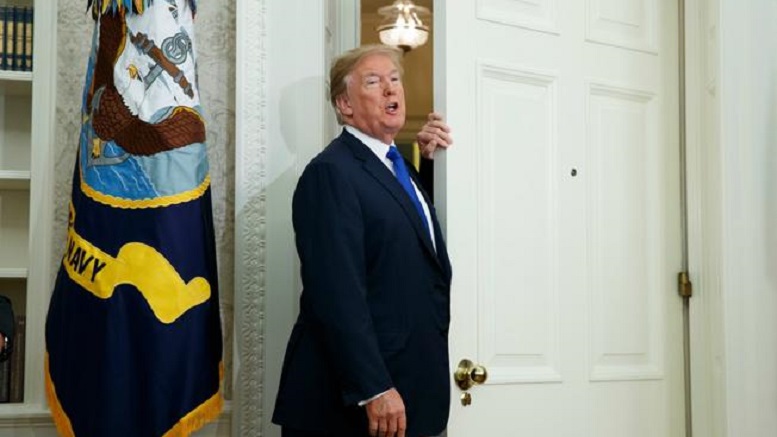 Declaring it a blatant attempt to undermine his Presidency, President Trump has accused former President Barack Obama of failing to oil a hinge on a door to the Oval Office, which has now started squeaking.

Though the door only started squeaking in the last few days, Trump insists it is part of a long-term conpiracy to prevent him from carrying out the policies he was elected on.

“I would not be surprised if the wires to my television set failed in the forthcoming weeks, depriving me of my only source of reliable information.”

A handyman was called to fix the hinge, but failed to turn up once he learned who the customer was.

“He said something about unpaid bills, but I know it was becasue Obama and the Clintonistas got to him. Sad!”