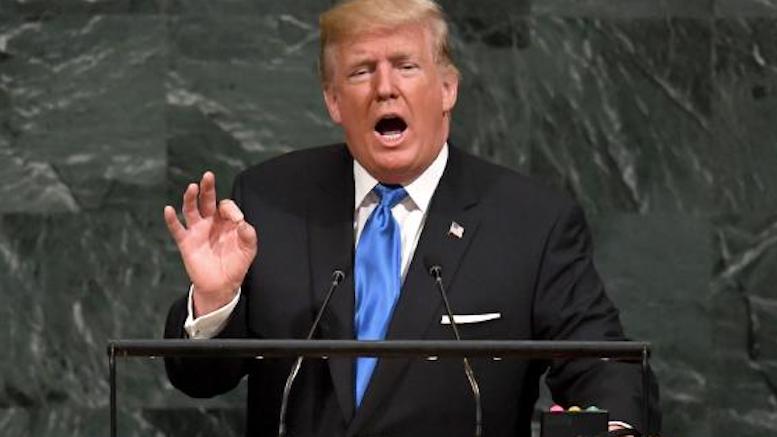 Having heard that President Obama had the leaders of around 190 countries listen to him speak at one of his UN addresses, President Trump took to Twitter today to report that he had almost three times as many present at his.

“So pleased to address the leaders of over 500 countries. UN no longer irrelevant!”

Those present were impressed how many countries Trump was able to name, including many they did not know themselves.

“Obama may have had the leader of Namibia in attendance but I also had the President of Nambia and the King of Narnia!”

Trump did concede that the number might be slightly lower next time as there are a number of countries he plans to ‘totally destroy’ before then.