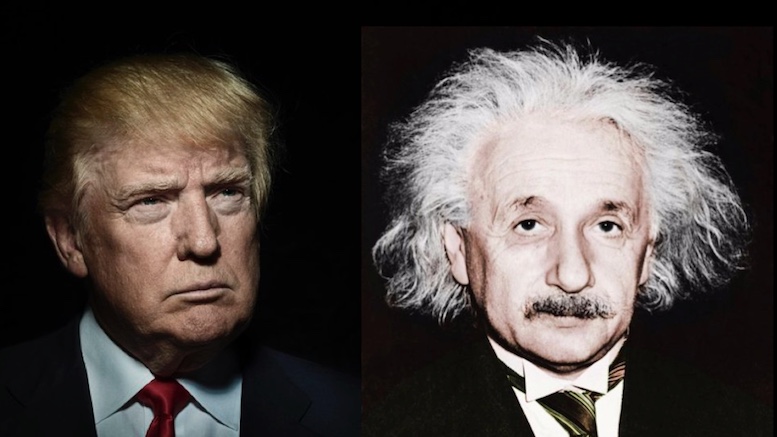 On a campaign call knowingly monitored by the press, President Trump today expressed disdain for Isaac Newton, Albert Einstein and other like-minded ‘idiots’, declaring their obsession with the mutual attraction of mass-bearing objects unpatriotic.

“Americans don’t like to be held back, and that includes being constrained by the gravitational pull of the Earth.”

Vowing that gravity will just ‘go away’ of its own accord sometime in the future, Trump mocked the naysayers who claimed aircraft need wings and walking off the roofs of tall buildings is a very bad idea.

“If you’re scared then stay in your basement, but real Americans aren’t afraid to face a cliff edge and then walk right over it!”

Once re-elected, Trump pledged to end the plight of liberal physicists telling people what they can and cannot do.