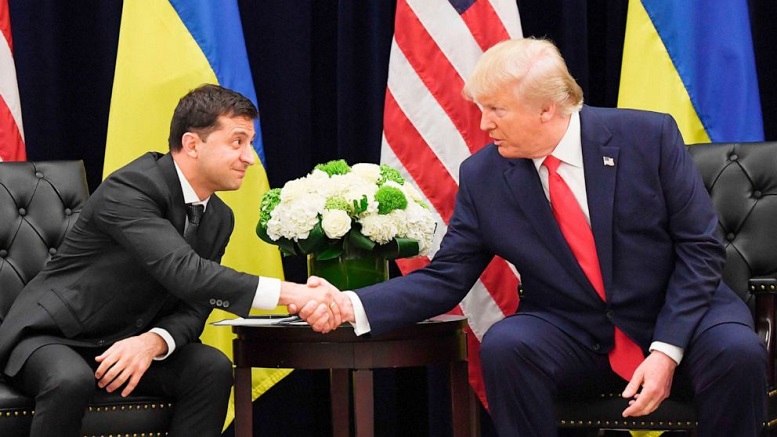 President Trump has wasted no time getting back to work now the distraction of an Impeachment Trial is out of the way. The first thing on his agenda, he said, was a call to Ukrainian President Volodomir Zelenskiy to make clear he does not want any foreign governments digging up dirt on the Bidens.

Trump said he didn’t care how they got it, but if they wanted any military aid in the future they had better find some on the senator from Utah.

“The Senate is cool with it now so don’t think some whistleblower will save you this time.”

Though he said that would be sufficient to get the existing appropriated aid released, Trump emphasized that if Ukraine wants any more military assistance or a White House visit they would need to also dig up dirt on a Democrat.

“I’m not sure yet if it should be Buttigieg or Sanders – I’ll get back to you on that during our next perfect call.”