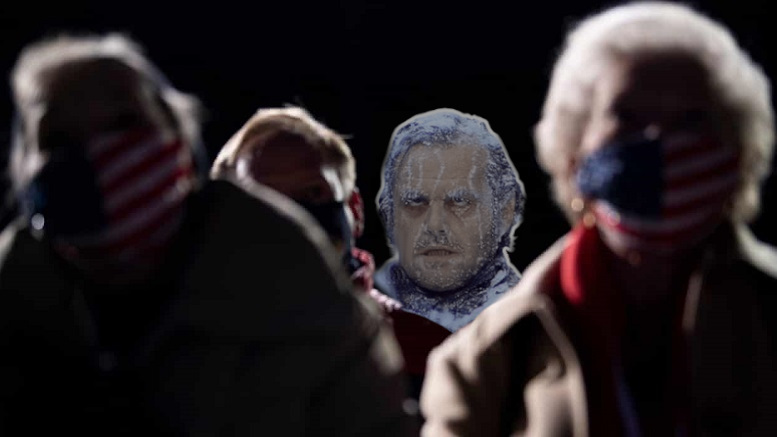 (Omaha, NE) Local GOP officials and representatives of the Trump campaign put out an urgent call for heaters and blankets today as they struggle to maintain their momentum following a recent rally there. Though the Trump campaign can normally rely on the state of Nebraska as a whole, the split nature of its electoral college means a single district with one electoral vote could decide the Presidency in a close run race.

“Our supporters here love to see their President.”

Thousands turned out to the airport rally in freezing conditions, but after being stranded on the tarmac for hours after Trump left, many of them subsequently froze rock solid, presenting the campaign with an unforeseen challenge.

“Some of them haven’t voted yet, so we need to thaw those individuals out by Tuesday.”

The problem reflects a unique phenomenon affecting the Trump administration – keeping its supporters from dying off before voting as a result of its various policies of encouraging large mask-less gatherings during a pandemic, abandoning them to freeze to death once the soundbites are in, and general incompetence.

“Herman Cain’s vote is sorely missed, that’s for sure.”